Olivetti’s Typewriter: ‘The iMac of its day’

In their heyday, typewriters were big and bold devices, dominating the desk space like the bulkiest of PCs.

In the late 1960s, the Italian firm Olivetti unveiled the bright red Valentine typewriter, a portable machine which its creator Ettore Sottsass referred to as an “anti-machine machine”. The typewriter’s minimalist styling, light weight and attractive carrying case have made some design critics hail it as a precursor of the friendly tech Apple created such a stir with in the late 1990s. 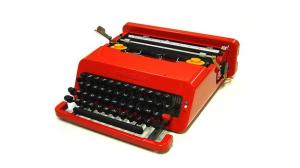 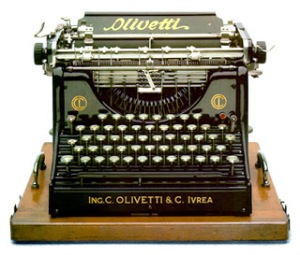 It was on April 29, 1911, that the first OLIVETTI typewriter was seen by the public for the fist time at the Turin World’s Fair. Olivetti put two typewriters on display in the fair’s Pavilion of the newspaper. Elsewhere at the fair, Camillo Olivetti exhibited machine tools with which he had made the typewriters. ” As an Industrial technician,” the OLIVETTI official history ( OLIVETTI 1908 – 1958) says, ” Camillo was perhaps producer of demonstrating the ingenuity and modernity of his methods than of showing the public his finished product. “