Ralph Baer, an IEEE Fellow who paved the way for modern home video game consoles, died 6 December at the age of 92.

In 1966, while sitting outside of the Port Authority Bus Terminal, in New York City, Baer used a pencil and paper to sketch his idea for a “game box” that would allow people to play a variety of games on almost any American television set. He then collaborated with colleagues at Sanders Associates (now BAE Electronics), a former defense contractor, in Nashua, N.H., to develop a prototype console called the “Brown Box.” The soundless multiplayer system included clear plastic overlay sheets that could be taped to the player’s TV screen to add color, playing fields, and other graphics. It ran games off printed-circuit-board cartridges that controlled switches to alter the circuit logic, depending on the game. 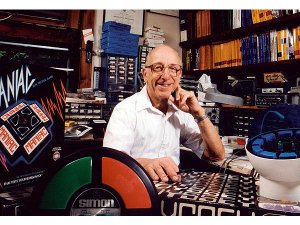 In 1968 the company licensed the system to TV-set maker Magnavox, which named it the Odyssey. The company offered it in the United States in 1972 and sole 130,000 units the first year. It came with games that included football, a shooting game, and a table tennis game that predated Atari’s popular version, called Pong. Magnavox later sued Atari for patent infringement, saying Pong was a copy of Odyssey’s table tennis game. The case was settled out of court.